Social media is capable of changing you, your business or your perspective overnight. It is important that we understand the social media before jumping on the social bandwagon. Tweeting, Facebook sharing and video making is only a miniature subset of the entire social ecosystem.

History can teach us a lot about social media. In fact, history has known to be the very supporting pillar of social interaction. Various events spread across the timeline in history can teach us how to successfully derive, build strategy and effectively tackle a business solution.

Every now and then, we see people using history and strategies to tackle various sporting competitions. We can take ancient events to understand and implement a strategy in social media.

Let me give you a few examples which provide useful insights to leverage your output from social media.

Barbarization of the Roman Infantry

The Roman army was successful in most major battles because of its ability to adapt. Romans were quick enough to seize the forts and copy (or adapt) to the type of arms their opponents were using. This provided them an ample advantage in carrying out further ambition.

However the later â€œBarbarizationâ€ of the Roman infantry did weaken the force. It should have been amply clear that the barbarian tribes had to adapt to the Roman ways and organization, and not the other way around. Adapting and blending with the barbaric tribes led to a tragic decline in rigor and severe roman disciplinary methods. This eventually declined the overall strength of the Roman army.

Always know who your real competitors are. Adapt and keep a close eye on your competitors. Make sure that the change to your company or its services is governed by your consumers and not your competitors. If you follow the Roman analogy of â€œBarbarization,” chances are you will in effect decline your own services. The social pattern might indicate change, but the social action is should be governed by consumers.

The Trojan Horse is indeed the biggest and the most insightful lesson for social media. The Greeks built the horse in three days and a single soldier was strategically placed outside the horse to convince the Trojans that the Greeks had left.

When the Trojans took the horse inside their fort and danced around it with joy, the horse filled with Greek soldiers brought the Trojan to their demise.

Virgilâ€™s Aeneid details of the incident include the most striking lines: “Somewhat is sure design’ d, by fraud or force: Trust not their presents, nor admit the horse.”

Most businesses and service providers have jumped onto the Twitter bandwagon sending out tweets for their brand. While a lot of them are small businesses capable of change, large organizations and multinationals require a lot of momentum before making a simple change.

Twitter is for consumer-provider interaction. Interaction may lead to a consumer providing valuable feedback and product improvements suggestions leading to a change that the company requires in order to win some more consumer loyalty. While some feedback could be constructive, but a company may not always like what it hears. A multinational may not have resources or be in a position to bring about a change in its product line based on feedback.

Twitter or Facebook may indeed turn out to be a Trojan Horse, best left unopened for larger multinationals. If a company does really want to tackle the Trojan Horse, it does need to have a solid social strategy and response plan.

Alexander had already conquered half the world. The meeting of the two great warriors has been widely debated. The most common and persistent belief is that Porus severely disabled Alexander by killing a lot of his infantry. Alexanderâ€™s horse Bucephalus also died during this battle, and Alexander himself was injured through darts.

We have all read and seen how Microsoft called Zoho the “fake office.” Although it is a good idea to believe in your capabilities, belittling or underestimating your competitors can be social suicide (unless you’re as big as Microsoft and can recover from it).

Engaging or providing your competitors a chance to speak or act is indeed a bad strategy. The modern publicist believe that â€œthere is no bad publicity.â€ Talking badly about the capabilities of your competitors may actually provide them with the momentum they need to turn the attack back onto you.

The Moral of the Story

Social media can dramatically bring you results. However striving simply towards a goal of millions of followers is just not good implementation of a social media strategy. Social media may aid your buzz, but without a story to tell you are just another social failure waiting to happen.

Can you think of other ways you could learn social media lessons from historical times? Share your ideas in the comments! 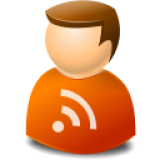 AJay..Most people just learn about social media and never use it..but others take it a step further and embrace it and conquer the the whole concept.

Hi Ajay! It seems like I have just experienced a great history lesson from this post. I like the Alexander’s part. We should not underestimate our competitor. Thanks for your sharing!

Wow really cool post connecting social and history. It’s always smart to look back like this and make such connections. Cant wait for the day that people stop talking about how to use social media in the social media channels and instead start to really engage regarding other things. I’m sure there are many people doing that but it usually seems pretty meta.

If there’s anything we’ve learned from history it’s that we don’t learn from our history.

“Social media may aid your buzz, but without a story to tell you are just another social failure waiting to happen.”

That’s quite a demanding closing line, but I like it. There’s no need to reinvent the wheel, but you need to standout and develop some sort of uniqueness for yourself (as a blogger) or your business to excel in social media.

I am not good with history , but I love the Trojan Story , and I agree , having lots of follower on the twitter or lots of likes on FB or now +1 of google , is good , but if the people who liked you come and see there is actually nothing worthy to be read … brings us back to the point that we are writing for people not search engines 🙂

I’ve newer seen social media explored in such a fun way. I may well have to read up on ancient history and then reread it. I also like the warning to my namesake!

Interesting concept, to compare social media with ancient history. Also one should worship the gods, aka the authority experts in your niche by following and retweeting their wisdom to your followers.

This is truly entertaining Ajay. I felt like going back to the school days listening to history lessons. You made a great job of connecting the implementation of social media with that of ancient history.

I like it when you say that “there is no bad publicity.” And this is quite true not only for business but dealing in real life as well. Heck, we can even witness this in politics during elections. 🙂

Thank you for your comments. It always feels nice when your work is appreciated.
I am glad you could take something from my post. My original intention was to connect 3 social context I had in mind in words. However , when I ran out of Ideas I had to use ancient history to connect the dots.

I am such a big fan of history, especially the ancient one and even had to travel to all those places to visit them (which wasn’t all that hard considering I lived just north of Greece). I really have nothing to add to this, the post is so refreshing and I just wanted to tell you, Ajay, congratulations on the idea and being featured here!

Hi Ajay,
I love these kinds of posts that connect historical lessons with modern day themes. It follows the old axiom: “Those who don’t know history are doomed to repeat it…” I’m glad you decided to select the theme of connecting social media with ancient history.

Ajay, though I agree with most part and the lessons drawn; and am amazed by the way you have related ancient history with modern social media … but I think when we look at the history we find that most warriors, and great leaders of their times, were actually killed by their own over-confidence and the false sense of being undefeatable that they had developed through their respective streaks of successes. So a very important lesson of the history is “stay prepared for an ever bigger challenge”.

I keep thinking about Robert Greene’s books when I read these lessons. Your last example of Alexander Meets Porus, reminded me of a post I wrote not too long ago that I used an example from Robert’s “33 Strategies of War” book for.

It was the story of Martin Luther vs. The Catholic Church and how Martin’s simple polite questioning of one of the churches practices and the churches impudent response to him led to an all out battle that fostered the cultivation of the Lutheran church and led a great deal of Germany to rally against the Catholic church.

If like stories like this that lead to great life lessons that can be adapted to everyday living, I highly recommend you check out all four of Robert’s books.

I am quite taking a good grasp and understanding about the “proper way of social media marketing and networking”. Thanks for the cool article Ajay.

You’re right. A lot of people are going into social media mimicking what they think others are doing without even realizing that as simple as it looks, same thing with history, it should be a well orchestrated plan. Thanks for the share. Loved the read.

Great post, Ajay. You presented a very interesting social media analogy. I love all your examples. Please allow to add the pyramids to the list (Without sounding like a biased Egyptian 🙂 .)
The pyramids were created with the intent to provide “timeless value” to the kings. Ancient Egyptians believed in life after death and so they included everything the kings would need when they revive inside the pyramids.
In contrast, if your social media content was “evergreen” and offered real value to your network, it will have the same timeless value of the pyramids. What do you think?

A nice way of illustrating the need for quality content as well as strategy Ajay. I loved ancient history at school and though some of it seems a little unlikely I like to think that it happened.

I agree you do have to keep your eye on the competition, but as a salesperson by trade I also know you have to keep an eye on your offerings’ strengths and weaknesses too. Bottom line, you have to do both.

Awesome Explanation Ajay!! It is great example of Social media strategies, People always love ancient history and like to discuss about that, It can be a great Social media Strategy to engaging Social Network and have Good discussion with them..
I will must follow in our next social media campaigning..
Thanks Ajay …

OK, so it’s not from history but it has a similar point. We all know the story about the boy who cried wolf one time too many. I guess that kid was the first spammer in history.

Well, that can easily happen to you if you don’t be careful about how you use the social media.