3 Reasons to Call Yourself a Leader with Dave Ursillo

“Weâ€™ve been here before. Each century, as we push out the frontiers of human knowledge, work at every level becomes more complex, requiring more pattern recognition and problem solving.” ~ Thomas L. Friedman, The World is Flat

Reason 1: Because Simply Living in This Age Makes You a Leader

Our world has never been smaller.

In this day and age of advanced technological communication, our lives are incredibly overlapping, entwined and interconnected. And, with such an amazing array of technological tools and devices at our disposal, we have never before been more able or empowered to act as leaders.

There is essentially no â€œbarrier to entryâ€ to access these technological tools. And when conjoined with our newly rediscovered understanding that genuine, earnest leadership comes from withinâ€”with no one to stop you, nothing to prevent you, no time-stamped expiration date or term limit to hold you backâ€”we suddenly realize how remarkably our words, thoughts and actions can be seen, felt, heard and shared by the entire world, instantly.

With the advent of this remarkably empowered Internet ageâ€”between email, blogging, cell phones, satellite communications and social mediaâ€”every person has suddenly become a force-multiplied amplifier of potential good or bad, of happiness or sadness, of gratitude or complainingâ€”or, of true leadership.

As a human being, you are already biologically hardwired to be a leader.

But in this technological day and age, your words and actions can literally reverberate throughout the entire world and its nearly seven billion inhabitants with an unabashed magnitude that was never before possible!

Such an era of unheard of interconnectedness is rapidly magnifying our social nature as human beings. The 14th Dalai Lama, Tenzin Gyatso, often discusses how today’s advancements in communications are not only making our world feel much smaller, but are actually amplifying the human species’ capacities for compassion, giving and love. Within a matter of literal minutes of a natural disaster, he reminds us, tens of thousands of men and women from around the globe are capable of instantly channeling money to Red Cross relief and cleanup efforts.

On the heels of earth-shattering disasters that claim the lives of millions, in our technological age, we can unite within moments to contribute towards helping other human beings whom we’ll never meet or ever speak to.

Are our modern communications capacities today actually accelerating our biologically hard-wired connections to the lives, emotions and well-being of everyone around us?

It just may be the case.

Either way, today we have an incredible foundation upon which we better understand, more significantly than ever before, the profound and indisputable impact that each of us can have upon the lives of one another and every person whom we directly or indirectly may encounter.

Reason 2: To Stop Constantly Broadcasting and to Start Listening

Over the span of just a few years, technological communications have become so instantaneous that they have remarkably changed our lives for the better. However, in many ways, these same tools have actually compelled leaders to change the very ways in which they lead.

Such changes in behavior may be some of the most significant influences upon how our leaders behave, act and speak in centuries — but this drastic evolution of leadership has largely gone unnoticed by us all, and perhaps even the leaders themselves.

To our benefit and to the detriment of the corrupt, transparency and new-found openness are quickly becoming the status quo — the scandal-prone and the adulterers have fewer places to hide their deceits. However, elected officeholders are also using these very technologies just as much as the citizens they represent.

In other words, our leaders today — unlike ever before — are perpetually broadcasting messages as if in a state of constant campaigning.

At first glace, such a change wouldn’t seem like a problem. In fact, we may assume that our leaders being more communicative and open would be to the benefit of the democratic process. However, what has resulted from leadersâ€™ over-exploitation of their ability to broadcast messages to the world — and, more importantly, bombard their own constituents as potential voters — is to create a constant, nonstop, 24/7 election campaign out of every Tweet, Facebook update or 10-second sound bite.

What results is a continual, high-pitched and highly-polarized stream of divisive and corrosive communication that inhibits constructive dialogue and subjects us ordinary citizens to perpetual partisan bombardment.

In other words, almost every time an elected politician speaks today, he or she is bound to want to advantage of the stage they are on and turn every broadcasting opportunity into a highly partisan, politically-polarized, venomous and demonizing shot at their opponents.

The opportunities to do so are already more frequent than ever before.

In today’s world, politicians are far more prone to use those opportunities to turn a moment in front of the camera into a quip at an opponent — assumingly to his own political benefit.

But what we hear as citizens is an unnecessary partisan quip, which reinforces the widely held belief that today’s leaders are worse, more inept and more ineffective than ever before.

The proliferation of instantaneous communications tools over the last two decades has quite dramatically shifted the ways in which leaders carry themselves, speak and operate. In many ways, our elected politicians are locked into a perpetual state of campaigning — and we wonder why we’ve all become so jaded and cynical when any politician in a suit opens his mouth!

Whether it occurs online or in person, the “insta” nature of modern communication quite literally means that anything a person says or does can be heard or seen by anyone and everyone. It can also be remembered forever.

With that power comes responsibility. And responsibility in this age means that we are compelled to listen just as much — if not more — than we speak.

The Age of the Leader presents us with a litany of tools that allow us to become literal broadcasters for good or for bad, and on an incredibly far-reaching stage. In this extremely overlapping and interconnected world, we are, in essence, instant leaders.

However, real leadership is not merely broadcasting.

Real leadership is not noise, talk or outward distribution through technological mediums of communication. True leadership is that which is lived and embodied quietly and humblyâ€”the goodness that is subtly exerted on a deeply profound and personal level among others, and is often felt more than it is heard. Leadership through shared human experiences reaches far beyond technologically-broadcasted messages.

Between the cutting-edge science that is emerging about our intrinsic connectedness on a very fundamental level, and the previously-discussed notion that we are living in such a highly interconnected technological age, we realize that have been granted a litany of incredible opportunities to sow and reap goodness on a previously unheard of level.

More than ever before, each of us is highly empowered to become a genuine, effective and highly-influential leader.

However, while we live in this world of limitless “leadership potential,” those same technological tools may be contributing directly to one of the most feared plights of modern civilization: a so-called “communal disconnect.”

Argued widely by leading psychologists, anthropologists and political scientists alike — and increasingly supported by an array of emerging studies — the erosion of communal connectedness in our cities, towns and neighborhoods could cause the demise of human happiness, itself.

Our society is becoming more isolated. Our localized senses of community and togetherness are eroding at a rapid pace. The importance and frequency of our intrapersonal interactions are becoming a forgotten thing of the past. We know fewer and fewer of our neighbors. A walk in our local park or town might as well be in a foreign land on the other side of the planet. Despite its severity, humanityâ€™s social disconnect goes largely unnoticed.

And, while perhaps it would be nice if it wasnâ€™t this way, is it a real problem?

Although this so-called “communal disconnect” might seem innocuous at first glance, the erosion of genuine and face-to-face human connectivity is already on the cusp of becoming a literal epidemic with severe health and social repercussions in our world.

Social isolation — the mere perception of being disconnected from others — leads to higher frequencies of physical illness, a higher proclivity to mental-emotional issues like anxiety and depression, and even a lower life expectancy. Communities with low frequencies of interpersonal interaction — what we would commonly say are not “close-knit” neighborhoods — suffer from higher rates of crime and even physical illnesses.

Because of the litany of physical and emotional problems that directly result from the erosion of social connectedness in our world, the erosion of our local communities is considered to be one of the gravest social problems facing modern civilization.

Ironically, while the worldâ€™s size feels like itâ€™s shrinking thanks to the Age of the Leader — allowing anyone to become a leader by harnessing the power of technology — it comes at the expense of our communal closeness and those important social interactions that would otherwise occur in our backyards and neighborhoods.

The globally-uniting but community-dividing effect of our technological world is a double-edged sword. Modern communications technology is actually isolating us from one another on a physical level, in spite of our technical connectedness to everyone and anyone on Earth.

But true happiness dawns from sharing moments with others on an intimate, personal and face-to-face level.

In this same wayâ€”as a leader without followers who sows seeds of quiet leadership through seemingly commonplace interactions with othersâ€”leadership itself is embodied and exhibited. It occurs on the same intrapersonal dimension: one in which human beings have shared human experiences.

In spite of living in the Age of the Leader, it is vitally important to immerse ourselves in local communities, neighborhoods, cities, towns and groups. To lead by example, one must live among others.

As leaders without followers, we bridge our technological connectedness to the entire world by leading in our backyards, neighborhoods and local communities. Leadership, as with life itself, is lived and breathed amongst people, in person, face-to-face. 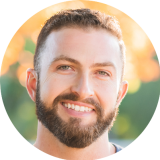 Dave Ursillo is an alternative leadership author and speaker who teaches people how to become “leaders without followers” in any walk of life.