From the toddler dancing along with Barney to the technology officer looking to understand and compare various business apps via explainer videos.

On the marketing side of things, it’s worth noting that:

Of course, simply having video on the site is not enough.

You also need to make sure that the video’s content, as well as its quality, is excellent enough to pique viewers’ interest and get your marketing message across.

Videos shoddily shot on low-quality cameras and with poor audio will likely not result in conversions.

Worse, you may even earn negative word-of-mouth.

Many of them, however, end up spending a large sum hiring professionals to shoot and record the video, and to do the editing.

If they do it on their own, they generally spend an exorbitant amount on new cameras.

While a new video camera or DSLR might work well, it’s also possible to create excellent videos through applications on your phone and other devices.

FiLMiC Pro allows your iOS camera to create high-definition videos that are broadcast-worthy. The app has already earned several distinctions since its launch in May 2011. The accolades include TUAW’s 2011 Video App of the Year and Gizmodo’s Essential Apps of 2011 and 2012. In a blind audience test, it beat cameras that cost thousands of dollars.

FiLMiC Pro provides a host of video shooting features that make it a much better option than the app that came installed on the phone. Such features include manual control for shutter speed, ISO, tint and color temperature, exposure, speed zoom, variable frame rates, and audio gain control.

The app also offers professional tools such as stereo microphone support, aspect ratio overlays, audio meters, and a variety of aspect ratios. You can shoot in Letterbox, Super 35, Super 16, and Cinemascope.

Currently only available for iPhones and iPads, FiLMiC Pro can be yours at $9.99. Of course, the price is subject to change, and you will want to check the latest information on the App Store for any new features.

Videolicious bills itself as a quicker, easier way to create and edit a video. Millions of people are already using the application, including employees at some very reputable companies such as The New York Times, Hearst Corporation and Advance Digital.

Videolicious features automatic video editing to speed up the process from start to finish. The app is intuitive and easy to use, so even those with no video editing experience can easily understand how it’s used.

For branding consistency, you can add logos, watermarks, and lower thirds automatically – all right through the phone app. Videolicious also carries a web dashboard where you can collect and preview the videos before publishing them.

The free Personal plan, which is good for noncommercial use, has a video time limit of one minute and may not be suitable for companies intending to create longer videos. The Enterprise plan, however, does not have a length cap and offers exclusive video creation, editing, and publishing features.

Users can use the videos or photos shot on their phone, as well as videos or images from another phone.

MoviePro is, in many ways, similar to FiLMiC Pro. Many users, however, find it easier to get started with the former than the latter. Some of MoviePro’s features include pause/resume, real-time zoom, the ability to capture stills during recording, manual controls for focus, exposure, white balance, and more. Up to 4K resolution is available for the newer versions of the iPhone.

Choose from variable frame rates, record in portrait or landscape mode, record silent movies, and use a timer to trigger the recording. Video stabilization and an external microphone are some of the other standout features.

MoviePro is currently priced at $4.99.

Many people might not initially consider Vine as a good video marketing tool simply because the videos need to be so short. That’s not necessarily the case though. Millions of people like and watch Vine videos each day, and it can be a good way to capture the attention of your audience.

A free tool that will tie in with your social media campaigns, Vine allows you to create six-second looping videos.

Despite the time limit, Vine videos can still be an effective tool for marketing as long as the creative team thinks outside the box. Some of the brands that are doing extremely well with Vine include Gap, Sephora, Samsung, and Target. With a little creativity, you can make the app a successful part of your marketing strategy as well.

Once done shooting the videos, you need to take care of the editing. The applications discussed are already equipped with quality editing tools you can use. For those who feel the need for a more robust set of tools to create the best marketing videos possible, iMovie, a video editing app exclusively for iOS devices, offers plenty of features for faster and easier video editing straight from the phone.

You can import the video clips you want to use, put them in order on the timeline, add additional features and touches, and then export the finished video. Some of the various elements you can add with this tool include animated titles and text, simple transitions, and a soundtrack – music or voiceover.

iMovie also offers templates you can use to create Hollywood-style trailers. These templates contain graphics and original scores from top film composers. Built into the app are music and sound effects, and 10 Apple-designed video filters.

Videos are now a staple in content marketing, and the apps discussed above can offer you the tools you need to create high-quality videos that are likewise appealing. In the end, however, creativity is key in the success of your video marketing initiatives. 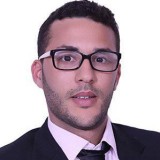 Videolicious is the best of all.. I have used this in the past and I can tell you, this is amazing app.

I love vine. I use it for editing my videos. I will try other apps in this list

NO doubt Vine is the best. I have been using it since past few months and the experience is simply awesome.

I found that a long video can be hard to edit on phone plus the screen is quite small and easy to crash once it too heavy.

But they are great for short scene and it’s easy to edit on phone.

Hey Red, Thank you for sharing this awesome collection of video editing apps. I like Videolicious.

Hey Red,
Thanks for sharing this list of video editing apps.
However, are apps like Viva Video good for editing videos for Instagram marketing? I haven’t used it yet, but I’d like an expert opinion on this.

Hi Akrim,
No Doubt its so wonderful Blog. I like all these video editing apps to improve content marketing strategies.
Thanks for Sharing……
Church in Prescott AZ

Good tools to use if you are an Apple products users. I’ve had a lot of situations where I filmed videos on my iOS and I wished to have some goods apps for certain things. Those apps are cheap options if you want something simple. Of course, for serious editing, you go for Final Cut Pro.

I personally use simple tools on Windows, just because rendering is so much faster than on an Apple device.

I do agree that Vine can be a very useful marketing tool, if you have something short to communicate. Kind of like a video version of twitter (because of the length).

Videolicious is user-friendly and allows you to successfully edit videos in no time.

A great list of video editing apps. Most of them are new for me. Till now I have only used Vine and never face any problem with this app.

I see almost all are talking about Vine, which is a good video marketing tool.
But, Videolicious is a cool and easy to use software, which I recommend.
They also have very good resource (Academy) on how to do what, this can save a lot of time when you need advice on something or want quick guide,
Thank you Red!