Social media marketing is one of the newest forms of marketing. Because it is a medium of “the people”, everybody thinks they can use it.

Worse, many of those mistakes come from the very people who pretend to know what they are doing. That’s what happens when a small business hires a single person to set up their website…who tries to do the design, coding, writing, images, SEO and social media (and who knows what else).

Here is my list, from my experience. These are the mistakes I have seen most frequently that damage a small business.

There are three ways to respond to negative feedback:

The hater way…fighting back. On social media, people get used to verbally punching each other in the face. This is not how you want your business to appear. You don’t want the reputation of being rude to customers, whether they are actually customers or not.

The chicken way…saying nothing. Ignoring a genuine complaint is also not very smart. If you think they were angry because the lasagna was cold or the package arrived late, just wait ’til you see their rage at being ignored.

Don’t make either of these mistakes. Instead, choose the third option:

The customer service way…help. Do whatever you can to restore the faith of the alienated customer. The most raving fans are often former haters. The fact that you go out of your way to help them is often enough to turn them 180 degrees.

3. Overdoing automation is another way to mess things up.

Chris Hodgman runs the social media management platform MavSocial. He gets requests all the time for automated posting from RSS. “We don’t allow this on MavSocial. You have to check the content first, otherwise you send your audiences ‘test posts’ and other errors. That can be very embarrassing.”

Automation is important to scale your business, but it’s just as important to understand when to automate and when to go manual. For instance, automation is useful for occasionally (not every hour or even every day) reposting evergreen content to your social media accounts. It’s not so good for posting the exact same content to all accounts without reviewing it first.

4. A frequent mistake is to post stock photography “as is”.

These images are not ideal in any situation, but they are particularly bad on social media. Why? On social media, the image is often the main element people see.

People scroll right past them. See what we did above? We built on a stock photo image to make it something that is actually interesting.

5. A mistake that large organizations often make is putting social media in a silo.

Small business sometimes also forgets to integrate social media with SEO and offline marketing. Messages and timing across marketing channels need to work together, because your customers are both online and offline.

Create the right presentation for each medium, but make sure the message and timing are co-ordinated to boost the brand, event or other goal together.

Similarly, social media needs to be integrated with customer service, because so many people go straight to social media with their complaints. In case you missed it, I’ve addressed above the ensuing mistakes responding to negative feedback.

6. So many small businesses fail to set up their pages for social sharing.

Statistics show that very few people use social sharing buttons. But these statistics can lead people to the wrong conclusions. Aside from news content, people rarely share web pages. So of course they will rarely share yours.

But it’s not just having buttons to make sharing easy. It’s also about coding the page for a great looking share that will interest people who view those shares. Both FaceBook and Twitter have such options. Twitter Cards are incredibly easy to set up, and it shows the page professionally when people share it.

Social media can be a gold mine for a business willing to make the effort to do it right. Avoid these six mistakes that so many small businesses make, and you’re on your way to social media marketing success. 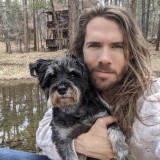 DavidJohn is a performance marketing enthusiast and comes from sunny Southern California. He was trained by Google in 2010 and has worked as a specialist, analyst, and manager at all your favorite marketing agencies. He geeks out over good metrics and finds joy in delivering conspicuously high quality service for his clients. He's a family man who loves his garden, ballroom dancing, and great fiction. These days, he brings the value of Ethical Digital to marketers and businesses of all kinds.