It happens to even the best marketers. No matter how good your content is, how wide your audience has grown, or how many best practices you’ve followed, eventually you’ll get to a point where your audience seems to stop growing. You aren’t getting any more social media followers (at least not quickly), your readership has stagnated, and even your traffic fails to climb higher. You’ve hit a plateau, and even though it’s hard to accept, it’s a situation that happens to everybody.

Fortunately, you don’t have to remain in this position for long. There are a series of actionable steps you can take to cumulatively restore your audience-growing potential back to its normal levels:

There’s no rule that says you have to take all of these steps, and of course, there are steps that I’m missing. What’s important isn’t following a formula or trying to trick your way back into a healthy growth pattern; all that really matters is that you start taking action. When your momentum begins to slow down, the worst thing you can possibly do is nothing. Start making changes, one at a time, until you’ve found a pattern that can take you to the next level. 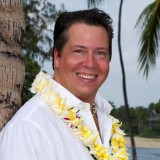 Timothy Carteris the founder of the digital marketing agency, OutrankLabs. He's also the Director of Business Development for the Seattle-based content marketing & social media agency, AudienceBloom. When Timothy isn't telling the world about the great work his company does, he's planning his next trip to Hawaii while drinking some Kona coffee.

Guest posting is a good strategy. And when doing so pay attention to #5 (quality). Also don’t rely on one, or a couple, of guest posts to result in a flood of new followers. Occasionally that might happen, and if so great. But more often gaining followers will take a consistent effort of guest posting rather than just one or two guest posts.

All the points you have mentioned in your post are crucial to keep in mind when our audience seems to stop growing. Recently one of my blogs faced the same problem. Immediately I stated to target a new audience. Thanks for the share.

Almost everyone who runs a blog or website faces this issue at least once when he/she realize that their audience is not growing at the pace it used to be. It is very important to find out the root cause of it.
You really put across some valuable ideas. Hope these will help many to tackle this problem.

This is one of the nightmare for many online marketers.

It’s really pathetic when you try every possible aspect, but not able to see any significant difference in the traffic base. Then it is the time, you recheck your practices and experiment with new ideas and mediums.

Influencer marketing is one of the most talked about topic now a days and one of the most effective one too. One must focus on finding those influencers in her/his blogging niche and gently reach out to them.

Thanks for the share. Take care and have a great day ahead 🙂

Hi Timothy,
I liked all your points but the one that I liked the most is that we should look for the New Audience.
Enjoyed reading your Post.
Thanks for sharing.

Hi Timothy, Great post, (of course). Thank you for sharing.

All of points you showed is very important for almost every blogger who wants to grow their blogs.

We’ve hit that points many times almost all the time we’ve shifted our content to get another market. Even if we’ve targeted a social network with a certain message and tried to make better quality articles on our niche.

The latest thing we’ve tried was searching for fashion influencers and proposing them interviews and in that way we’ve gathered some of their audiences.

The guestpost routes is quite tricky in our niche, since there are not a lot of magazine that would agree to publish on their blog without a lot of conditions.

Great tips! Trying to find the root of the problem is crucial in finding the right solution to this situation.

Hi Timothy, thanks so much for the great tips, no matter how great the content going to be, there will be a moment that the audience just stopped growing.