Graphics play a major role in how people perceive your brand – both on and offline. In fact, image quality is a major conversion factor for ecommerce sites. So, when something changes in the area of logo design and branding, the potential fallout cannot be overstated.

In the olden days, stakeholders would sit down with their marketing department to discuss what kind of logo they want. Logos were crafted at the launch of a new company, product or service. They were also developed whenever the powers that be felt they needed to refresh their company’s branding – maybe to connect with a new audience, or standout more from the competition.

The first step was a meeting. Hundreds of ideas were thrown against the wall. Then, a few design agencies were contacted to submit concepts, based on the variety of input from different people within the company. Next, a pitch meeting was scheduled with each agency. They showed off their creative talent, tried to sell the company on accepting their designs as is, and if they failed, they accepted feedback and tried again….and again…and again.

AI is powering an evolution in logo design.

New platforms are launching that leverage artificial intelligence in a way that completely changes how companies and organizations create logos. No, this isn’t a drag and drop, cookie-cutter logo service. These intelligent, AI-powered systems create 100% unique logos and branding collateral based on your personal preferences.

For an example of this cutting-edge technology in action, checkout Designhill’s AI powered logo maker. You can take it for a test drive for free. You’ll start by providing a few vital details about your company. Then the wizard guides you through a series of questions, digging into your personal design preferences.

After you’re done, the AI goes to work. It sifts through hundreds of thousands of design elements to find the perfect style, color scheme and artwork to match your preferences. And guess what, it’s pretty freaking accurate. I was able to go from curiosity to deliverable logo in 5 minutes – and that’s only because I wanted to explore every nook and cranny of their logo wizard.

Artificial intelligence has steamrolled the 21st century with improvements to everything we do. Elon Musk’s company Tesla is putting all-electric vehicles on our nation’s highways that are capable of driving themselves. Our smartphones, tablets and computers have AI enhanced smart assistants that can send messages, schedule meetings, lookup information and even modify our devices to make them more efficient – reducing the number of steps it takes to complete tasks.

But AI hasn’t decimated a major white-collar service industry, until now. The pundits predicted AI would quickly obliterate content writing. This would happen in tandem with the fall of low-level computer coders. But, somehow, the AI story took an unexpected turn and is starting to knockout graphical artists instead.

This should be a wake-up call to creatives. The necessity for ingenuity and creativity is no longer a moat that will fend off automation. This is especially true for entry-level designers, writers and coders.

With all of this technological upheaval, it’s important to remember that technology doesn’t destroy. Technology forces evolution. Technology forced horse and buggy manufacturers to evolve and join the automotive workforce. Technology is forcing logo designers to begin working in more creative industries. And, if they want to stay at their current skill level, they can produce the graphical elements that AI will use to craft the logos of the future.

In fact, in some ways, AI is increasing demand for graphical elements to be created by human creators. As high-end logos become more and more affordable, savvy freelancers will jump in and find ways to fuel the machine, instead of letting it run them over. 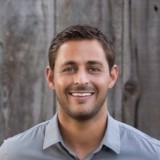 Dan is our Editor here at Kikolani. He's a nationally recognized marketer, author, and business influencer. Currently, he serves as CMO at Elite Legal Marketing, a law firm marketing agency. Dan's published work has been featured in dozens of media outlets, including Entrepreneur, Inc, HuffingtonPost, GoDaddy, among many others. When he’s not writing or speaking, you can find Dan at the gym, backpacking, or volunteering at his local animal shelter.

7 replies on “AI is replacing human talent in logo design”

Thanks to the author for sharing this impressive blog. Really glad to read this article. This site has lots of information and it is useful for us. – bangalore to shirdi flight package

This is bit intruding.
I would rather be interested to see how it counter plagiarism and similar creativity thefts.

Hi Dan,
AI is almost taking up in almost all the things. But in the case of Logo design, I would love to see that how creative can machine learning be.
Thanks for sharing.
have a good week ahead.

It is a common misconception that AI makes people lose their jobs. It is to our advantage, as you stated, which I agree with 100 percent.

Machine learning is taking things very fast and with AI these kind of jobs are at real threat. But we can’t stop technology to evolve as it will surely open up more new types of employment for sure. Thanks for sharing this awesome information.

Hello Dan,
That’s news. It is clear now that AI is permeating our world. I mean; let’s face it. It can now control booking and customer services, electronics, including computers and vehicles. Google also use it to improve its algorithm. AI is for me one of the best inventions. I’ll see the example website you provided. Thanks for sharing.
Sincerely,
Emmanuel Obarhua