I love the ’80s. It’s true. Give me a Rubik’s Cube, some Twisted Sister and a John Cusack movie and I’m in my eternal happy place. I’m also a huge comic book and video game fan (fine, geek), who is beyond ecstatic that the mainstream media has finally caught on to these two goldmines of content. Avengers movie, anyone?

Why am I talking about a decade full of Big Hair and guys wearing spandex on the big screen? Because I want to. And more importantly, because it’s fun. No matter what I’m writing, I try to work some sort of mainstream or pop-culture references into my articles. At times this is way more challenging than other’s, but it goes a long way towards pulling your reader in and, more importantly, keeping them.

While I can certainly write your articles for you (hey, what are freelance writers for?), I’m a firm believer in teaching a man to fish, rather than just giving him a fish for dinner. So if you’re looking to punch up your writing or add some interesting angles to your articles, hopefully this one will turn your writing from a dull Clark Kent into a high-flying Superman of a post.

Just because I love comic books doesn’t mean I’m going to write about them in every article I publish. If Hollywood wasn’t jumping all over the superhero bandwagon, I probably wouldn’t even bother. But it is, so that makes for an easy topic to pick. But what else can you write about? And where can you get some inspirational ideas?

Movies, TV and music are the biggest influences for me. I’ll generally check out a list of upcoming movies and just sort of gauge what’s going to beÂ immenselyÂ popular. Same goes for timeless classics like Star Wars, Harry Potter or even the Twilight Saga. Magazines are a great resource too. Grab an issue of Entertainment Weekly and flip through to see who’s advertising and what big entertainment is out or coming out.

Social Media can easily be one of your greatest tools. Pop in at any given time and you can take a pop-culture temperature to see what the bulk of your friends are talking about. Let Twitter, Pinterest and Facebook be your muses.

Now that you have a subject, you need an actual topic for your post. A point you need to get across. On my own site, I write about writing, and dealing with being a freelancer. The Avengers movie was about to come out and I definitely wanted a post centered around that. I figured I could break it down by characters even, so how do I tie that in?

After a little brainstorming I came up with the idea that each character is unique. Each one has different powers and different personalities. So why not translate that over to writing, and thus was born the article Learning Assemble! What the Avengers Can Teach Us About Our Writing. I easily broke it down by thinking of the main traits I wanted to teach people about writing, and equated them to different superheroes.

Did my article provide any earth-shattering breaking news about writing? No. It just offered my thoughts on writing, but tied in a very popular mainstream property in the process. This did a number of things. Anyone who’s an Avengers fan may see the article and want to read it purely because of the Avengers. Others may wonder what the heck the Avengers have to do with writing and decided to read it. It certainly helps hook the readers in. And depending on your follow-through, it should keep them reading until the end.

The key is that no matter what, you still need to write unique and quality content. Your points still need to be valid. You’re just adding a mainstream element to make the article more exciting and entertaining. Think of it as the special effects of a movie or the scenery of a Broadway musical.

Sometimes it’s clearly tougher than others. When the Hunger Games was out, I knew it was going to hit big. So I wanted to write something up for my shopping blog, somehow tying the Hunger Games into stores or shopping. This was a real toughie. Without just listing available merchandise (which there wasn’t much of at the time), I needed a neat, fresh angle. Something that could be fun to read and write. And then it hit me.

The Hunger Games is about 12 territories offering up “Tributes” to fight to the death in a televised battle. What if I replaced the individuals with popular stores and basically personified each store? So Hot Topic would be the young hipsters, while Eastern Mountain Sports would be the tough outdoorsie type. 12 Stores We’d Like to See Compete in the Hunger Games was honestly a total blast to write. And thatÂ definitelyÂ shines through in all your writing. If you enjoy what your’e writing, your readers will enjoy reading it.

Toss the Box Away

I really hate the expression “Think Outside the Box.” It’s just so overused. And seriously, does anyone ever tell you to think inside the box? No. Instead I offer the following: Think about a different box. In other words, find a way Â to deliver the same points in a more entertaining manner.

If you write for a career site, maybe you generally talk about things like how to write a resume, where to search for jobs, or how to dress for an interview. Keep brainstorming those topics, but realize that hundreds of blog posts already exist with that info. So dress yours up differently. 10 Ways Game of Thrones Can Prepare You for an Interview. 7 Ways Harry Potter Can Find You a Job. Â What Would Batman’s Resume Look Like? Those are just a few quick thoughts off the top of my head.

I actually wrote something for Brazen Life recently on preparing for a career. The concept hit me first before I had any clue of the details: Â 7 Video Games That Secretly Prepared You for Work. I just knew it’d be a list of popular games like Pac-Man or Halo, and I’d find some sort of angle from each game to apply to an inspirational type article. In this case, it was things like “always watch your back” and “fight for what you want” in terms of those two games.

Once your article’s written, try to come up with a clever title that mentions the mainstream property as well as the point of your article. One of the very first posts I published on my own site came about because I kept seeing commercials for Taco Bell’s Doritos Taco. I’m a sucker for Taco Bell and just, well, bad food in general. So after eating one of these, I just had to write about it.

Once again, I took the mainstream property and then thought about how to apply it to a lesson on freelance writing. I ended up just using the food item (which is quite tasty by the way) to show how you can think differently, collaborate with others, and always think ahead. For a title, I just wanted something pretty straightforward that’d probably get people clicking on it, so I went with: Â We Can Learn a Lot From Taco Bell’s Doritos Taco.

These days with social media playing such a huge part in everyone’s lives, being a writer means you also need to be your own marketing department. Unfortunately, it also means you’re competing against even more writers out there. Tying in mainstream properties in a fun, unique way is certain to make you stand out from the massive crowds. Just be careful or you may end up enjoying yourself in the process. 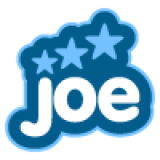 Andrew Kardon is a freelance writer who's written about everything from the Muppets to online shopping. He's also the president of JoeShopping.com, the friendliest coupons and deals site on the web. He once ate 56 pieces of raw fish in a sushi-eating contest... and came in third.