The internet has ushered in a great era for marketing: the analytics era. Pretty much everything you say and do on social media is trackable in real time. With a large enough group, insights can become really valuable in allowing marketers to directly target their most likely customers.

There are lots of ways to generate leads from social media, this just takes it to a whole new level.

To understand how important this is, we need to look at the way marketing was done previously, and why this new system is better. It all starts with newspaper.

The Evolution of Narrowcasting

Mass media has long sold marketing professionals on the benefits of hitting a highly targeted audience. The very first true mass medium to attempt this was a newspaper. Originally you advertised in the paper to hit as many people as possible – and hopefully, some of them would buy your product.

Then newspapers started adding sections. Today you’ll find a home section, sports section, business section and so on. When these sections were first introduced, they were sold as a way to reach a niche audience. Those that liked homes, sports or business.

Radio stations then took this a step further by creating entire formats that targeted specific demographics. Originally, formats like rock and talk radio were created because it just made sense. Now they’re sold as ways to narrowcast to audiences. If you want to reach 25 to 34-year-old females, there’s a top-40 format for that. If you want to hit people 45+, there’s an easy listening rock format for them. There’s a format for every major demographic now.

Television was able to narrowcast in programming blocks. By capturing certain demos for certain programs, they were able to mostly hit the exact audience the advertiser was looking for. This method is still used today in cost-per-point advertising. You can read more about cost-per-point here if you’re interested in what will soon be history.

So what does all this have to do with social media data mining? We’ll tackle that in a minute. First, we need to talk about what narrowcasting is today.

We’re going to talk a lot about Facebook and Twitter, but the theories here apply to all forms of social media. The tracking methods may be different, but the principal is the same.

Hashtags on twitter were originally created to allow people that were talking about the same thing to find each other. It was an easy way to tag a post to have it appear as part of the conversation. What they didn’t know at the time was how hashtags would be used in marketing.

As twitter grew up and people started using it in larger numbers, it really allowed us to see how real time trends could develop right before our eyes. This came to light during the Arab spring riots in early 2011. Social media was widely used to organize the riots and protests. Those of us on the other side of the ocean realized something else: we could use these tweets and posts to identify where something was happening and how intense it was.

Let me give you another example. After the Sichuan earthquake in 2008, the US geological society noticed that they were able to get more reliable information about the earthquake from twitter, than from their own equipment. There are only 2000 USGS sensors in the world, mostly in North America, and Twitter had over 200 million users. This allowed them to pinpoint the earthquake, and verify its existence, just by following trends on social media.

Now they use twitter data to get extremely fast confirmation and send out alerts in record time. In 2014, an earthquake in Napa, California was detected in just 29 seconds by USGS thanks to their use of twitter in the process.

Social media can provide a wealth of data, in real time, and advertisers can now tap into it.

Applying This Real-Time Data to Marketing

So how can we apply this real-time data to your marketing plan? Well, we used disaster events above only because it really shows how things can spread and be tracked. The truth is, there are all kinds ofreal-timee events happening in your niche, right now.

One of the most tweeted about sports events of all time, was Brazil losing a soccer game. People tweet about things they’re passionate about. This allows you to tap into what people are saying and target them with conversation or advertisements.

This level of data tracking allows us to accomplish two things:

Advertise Directly to Your Niche

If you can narrow down your audience and list the things they like and are passionate about, today’s social media platforms, specifically Twitter and Facebook, will allow you to tackle them head on. If you own a company that distributes specialized baby toys, you’ll want to find all those people with babies.

This can be as simple as finding new parents, to tackling those hard to find aunts and grandmas. You’ll be able to find these interests based on their social media activity on other people’s channels. A hash tag of #baby probably won’t be enough to find these people, but several hashtags over a month of related topics will help you find these people.

You no longer need to buy ads that hit all “females between the ages of 25 and 45” to find mothers, you can hit actual mothers. This makes your dollars even more efficient. Don’t forget that you don’t need to just use this data to advertise on social media, you can use it to drive traffic to other effective techniques like your newsletter.

The second and easiest way is to take advantage of trending topics in your niche. If people are tweeting and posting like crazy about a sporting event, a recipe, a lost dog – whatever your niche is – you can hop on board and ride the wave.

The interest doesn’t even need to be directly in your niche, just something the people of your niche are involved in. If it’s something they’re likely to engage in, you can be fairly sure you’re hitting them.

Remember how we spoke about TV shows earlier? Most TV shows will have some type of hashtag that trends with it. You can now target people you know are interested in Grey’s Anatomy due to their social media engagement. You’ll need to ensure you’re making great content, so make sure all of this fits into your content strategies to increase traffic, and you’re not posting outside your comfort zone.

There is a Learning Curve

Once you decide to use real time data to target those that are highly likely to interact with your service or product, you’ll want to avoid making some sweeping generalizations.

The first is that you know exactly what the individual is thinking. Unless you’ve done your research, you could be making a big mistake.

The Facebook Insights blog recently talked about this exact issue coming up using real time data. In the example they give, they talk about car dealers targeting those that are on the hunt for a new car. What they found was that by tracking these interests, they were able to properly identify those that were looking to purchase, but the often got the timing wrong.

The amount of time it takes people to buy a new car varies, but social media has shown us a few trends. The first is that 60 percent of people said they were in the market for a new car for about 6 months. Yet these people saw the majority of ads during their last month.

Unfortunately, the last month or two, the majority of people have already narrowed down the list of cars to just one or two options. You could be showing your ads to people that won’t absorb them. If you wanted to get on the shopping list, you needed to be out in front several months earlier. This is one way there could be a bit of a learning curve in using this data.

If you’re looking to target people at the closest time to purchase, getting right into their handset is a wonderful way to do it. This tactic really depends on your business is, and it may not be that important.

Social media itself will be growing the analytics and data it provides. Targeting ads based on location, like actual real-time street location, will become a bigger part of this data trend. It’s not hard to see the day where ads regularly pop up in your social media feed for the exact business within a couple block radius.

Regardless, real-time data tracking and audience profiling are the future for marketers. Don’t be left behind. 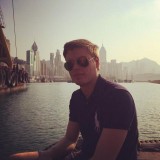 Rick Riddle is a successful blogger whose articles can help you with self-development, personal finance and content management. If you want to know why discipline is important and how self-sufficiency can help you in reaching your goals – follow Rick on twitter.

No doubts social media offers great insights of targeted audience and allow marketers a way to reach their true market. I have been using social media from last 7 years and so far able to run several hundreds of successful campaigns. Things are changing rapidly in mobile industry. Going mobile with your campaign is the next big thing.

Recently, I rolled out a major change in my landing pages and blogs. We started putting less value to email capturing, and targeted more towards customized mobile networks such as push notifications and targeted mobile oriented social networks. It is helping us in big way.

Rick, I feel “Using Social Media Data for Targeting” was written jut for me, I a happy I read through… It is really an amazing eye opener.. thanks and God bless you.

I have use Facebook ads before and I was impressed the amount of targeting options that I could choose from but I never considered Twitter seriously.

Your post gave me a new perspective, I would look into Twitter ads more and sue them in the future.

I hope to read more of what you write here on Kikolani. If you have another blog do share the link.

Really its a great post you have posted, Thanks for sharing with us.

Hi Rick,
Thanks for this great, awesome and cool post. I always take the advantages of google trending topics, therefore my organic traffic is growing day by day.