Traditional forms of advertising are burning money with “invisible banners” or sponsored stories that no one wants to read and believe in. Internet Marketing has to look for new, more engaging tools like quizzes to deal with Banner and Content Blindness and the results of AdBlock’s popularity.

Banner ads are around the internet since 1993 when Global Network Navigator sold its first clickable ad to an international law firm Heller, Ehrman, White, & McAuliffe. But banners really boomed next year when HotWired started selling them in large quantities to many companies, first of which was AT&T on October 27, 1994.

Nowadays internet users hate banners and try to block them, but we have to admit they revolutionized advertising. For the first time, a marketer could actually know how many people saw an ad, and even further, know how many people interacted with it. Moreover, they’re easy to implement on Web pages, because during the time their placement was a subject of standardization and automation though big banner-ad deals are still negotiated the old-fashioned way, human to human.

Whether you like it or not their time is over. We can think about the year 2012 as a borderline when dominating social media sites pushed their own advertising products. Foursquare offered businesses a way to deliver updates to users who use its mobile app to check in to their locations. Facebook and Twitter specific, personalized promoted posts/tweets to more users. BuzzFeed, on the other hand, made it big with viral stories that featured advertisers.

But why whole industry is turning away from banners? There are three reasons.

Adblock Plus rules significant part of the web

This is the most popular browser extension to block advertising and has been downloaded more than 300 million times. According to the new study by PageFair and Adobe ad blocking market is growing by 41 % (YOY) and there are 198 mln of people around the world using it, which is 6 % of global internet population. The report says that internet publishers lost 21,8 bln dol. due to ad blocking, which is 14  % of the global ad spend.

The most affected industries are Gaming, Social Networking, and Tech/Internet.

Popularity of AdBlock shows clearly that users hate popping up and flashing banners that are distracting them from valuable content. On the other hand those banners may be the only source of money for some publishers. The rise of AdBlock is a warning sign to think about their business model in a new way and start using more engaging methods of commercial communication.

The brands and publishers are wasting millions of dollars in ads that consumers don’t recall seeing and don’t remember. According to the study by Infolinks, only 14 % could name the company, the brand or the product. Moreover, banners are rarely relevant to the context. About 80 % of respondents felt the last ad they saw was not relevant to them.

The most crucial thing is the effectiveness of banners which is very low. Half of the users never click on online ads while 35% click on less than 5 ads a month.

The key takeaway for marketers is that consumers, particularly younger ones, are less susceptible to traditional promotions from brands, which in the end gives us:

A study by advertising agency Sizmek reveals that in the year 2013, the average click-through rate for banner ads in North America was between 0.08% and 0.25%. This means that out of every 10,000 people, between 8 to 25 people actually click on an ad displayed.

These number are showing how traditional marketing is basically burning money on banners which are ineffective. Costs are massive while returns are low.

What’s surprising people would actually rather see a banner ad than read a sponsored story. A  study done by Contently revealed that 54 percent of readers don’t trust sponsored content and 59 percent of them believe a news site loses credibility if it runs articles sponsored by a brand.

But Sponsored Story isn’t really a part of the traditional marketing and in its current digital form is rather a new invention – a part of famous native advertising, which is increasing in company’s budgets recently.

The advertising industry has forgotten the definition for that phenomenon as well:

How to overcome user’s indifference?

In times when Apple is introducing adblockers to its own iOS and publishers are striving for the user’s attention, marketers should look for the most engaging forms of delivering the experience. After all, banners are here to stay, but their effectiveness will be only decreasing. Ask yourself – would you rather click on the popping, smartphone ad or go to web store after completing quiz like the one above? Then ask if your customers would rather do the same! 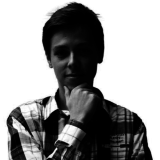 Marketing specialist at 4screens, the company that developed Engageform - easy to use tool to engage customers on every screen. His interests lie in the fields of use of new technology in marketing and growth hacking.