I hope you would agree with me that setting up and running an eCommerce store are two different things altogether.

After you’ve zeroed on the product, sourced all the licenses under your business name, and set up an eCommerce store, finally, you have the news – there’s more you need to do.

While there is a whole lot of debate on the effectiveness of using Conversion Rate stats as a KPI, it is still used widely across industries.

Any action that you want the visitor to take when it gets completed is called a conversion. It can be signing up, or downloading something, filling a form, or making a purchase.

In this article, we are focusing on the e-commerce conversion stats, ie., the transactions.

Conversion Rates are defined as the ratio of transactions to the total number of sessions.

But this is an absolute number. You don’t know whether it is good or bad.

Depending on the goals you have set for your eCommerce site and the KPIs you have chosen, you can compare your data with the standard figures, segmented according to the industry, device, country, etc.

2- What is a Good Conversion Rate?

You might be hitting a conversion number constantly, maybe, 1%, 3%, or 5%. And, you must be wondering if it is even good. You may have also heard that a good conversion rate is around 2.6%.

But. It’s not that simple.

What could be true for one industry may not be true for yours. Within your industry also you’ll find outliers. For example, if you compare your conversion rate with the e-commerce giant, Amazon, you may quickly conclude that your site is not converting at all. But, that’s not the industry average.

A number of factors impact the conversion rate. And it differs according to the industry, device, channel, and even country.

Let’s discuss each one by one.

Conversion rates by industry is one of the best metrics that tell you the effectiveness of your eCommerce store.

Here are the conversion rates according to various industries for the years 2019 and 2020. Looking at the chart, we can see that where ‘Dental and Medical Supplies’ has a whopping conversion rate of more than 6%, some industries like ‘Baby Pram & Nursery Supplies’ and ‘Camping’ have meager numbers at 0.87% and 0.70%, respectively. You can check the

This is another factor that you must consider while evaluating the effectiveness of your eCommerce business.

The average e-commerce conversion rate falls between 1-4%, globally, with a substantial disparity between countries. For example, Netherland and Germany both have a conversion rate of 1.4%, but Italy has only 1.2%.

While there is no general reason that can justify this disparity, each country may have its own reasons.

Mature markets where established brands have an online presence will definitely have higher conversion rates since a considerable part of offline sales is also happening online. For example, the US and UK have conversion rates of 1.4% and 1.8%, respectively.

Conversion rates differ according to the source of traffic. If a visitor lands on your store through a Google ad, chances are he was already searching for the product to buy. Here, buying intent is the differentiating factor. And the same is confirmed by the data below.

Another important factor that can impact your conversion rate is the device. A number of studies done across industries have confirmed that screen size considerably impacts conversion rates.

The eCommerce Quarterly Report, 2019 published by Monetate provides regular data on conversion rates segmented by device, media, etc. in the United States and the United Kingdom.

Looking at the data, we can say that the

So, the conversion happens better on the big screen devices like desktop and tablet. We can say that smartphones and mobiles are good browsing devices, but when it comes to purchasing, big screen wins the race.

The numbers are similar according to another study in the United States published by Statista, for the second quarter of 2019.

Monetate’s study further extends to the benchmark conversion rates according to the operating system. It was found that the conversion rate on iOS is slightly higher than Android, and between Windows and Mac, Windows leads with a marginal difference.

Payment is the last but one of the biggest hiccup in the closing of a deal. Even though you may have a winning product, but if the user does not trust your payment gateway, he may not swipe his card for the fear of safety breach. Paypal claims that the Paypal-enabled eCommerce stores have 70% higher Paypal transactions than the non-Paypal transactions.

Conversion rates in isolation are absolute numbers that hardly make any sense unless compared with the benchmarks. These benchmark figures are definitely going to help you understand the performance of your eCommerce business on your chosen KPIs and goals.

After taking into consideration all the above-mentioned factors, if you still think that your conversion rates are lagging behind, then you should definitely optimize your site for conversions. 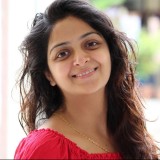 Shweta is a writer and a marketer. As a conversion copywriter at The Copy That Sells, she writes words that trigger human psychology and persuade them to take the desired action.