The social media landscape is changing and has been for awhile. Facebook is still a very popular platform, but it has been becoming less inhabited by the young people of the world for years. Teens to mid-20’s people tend to populate Instagram and use apps like Snapchat as their primary social tool, while Facebook has become a place for older users and businesses.

Does that mean you should be abandoning your Facebook Business page? No, because it is an effective place to handle customer service matters, branding, marketing and general customer interaction. People expect to find you on Facebook and there are no better alternatives, even Twitter where you would next seek out business accounts. There are many more reason to be on Facebook, for example:

But what it does mean is that you need to start making some changes to your current social strategy to better utilize Facebook in its most current incarnation.

If you manage a few projects or sites, it’s a good idea to keep a separate social media landing page for each of them. Keeping all of them organized and active will quickly become an issue, so think on how to manage multiple entities at the very start.

My secret weapon is Cyfe that can connect to your Facebook account, import all your business entities and show you how each of them progresses. You can also use Cyfe to schedule social media updates, keeping all the essential marketing activities under one roof:

More resources: There are also quite a few great plugins to help you bring a lot of that activity inside your WordPress dashboard.

My favorite method of doing this that I have seen in recent months has been the creation of Facebook landing pages. These are such a creative fix to the problem that I don’t see how we haven’t been doing them all along.

Let’s look at some examples of Facebook landing pages.

Recording artist and fashion icon Rihanna has two Facebook pages that are connected to one another and officially sanctioned. One is her primary page where she lists her campaigns, sells her albums and runs her general PR. The second is Rihanna Daily, a fan focused social media landing page where the latest Rihanna news is posted regularly so those who want to know what she is up to outside of promotional content can follow.

When you search for her you will get either, and often either one can be linked in articles, web pages and other social media posts in order to give fans a place to visit.

Two pages may be better than one. While the official Rihanna social media profile is a landing page that seeks to sell, the aims of the second landing page are different. Rihanna Daily seeks to connect directly with fans. With different aims it allows a narrowed social strategy.

Victoria’s Secret usually created profiles based off of campaigns and it acts as multiple campaigns that look to promote certain lines. Their Victoria’s Secret Pink landing page acts as a lookbook for that particular line. They show products, offer information on sales, show their line promotional photos, show videos and talk about events happening around the US.

That product lines should have landing pages of their own. We already see this happening with landing pages themselves; companies will commonly create new pages to promote new products or events. But you can do the same with Facebook pages to a similar effect. Victoria’s Secret benefits because many of their customers only buy Pink products.

Red Bull has pretty much reached iconic status with their “Red Bull gives you wings” campaign of years ago. But they have outgrown the cartoonish commercials and are now bringing it into the real world with new campaigns aimed at visually pumping up their customer base. Their Facebook landing page uses that idea by posting videos of extreme sports and other cool things.

You should know your customer base. Red Bull fans are probably the same people who are going to enjoy watching skydiving videos, BMX biking, skateboarding… intense physicality that is heart pumping and exciting. So they make that a focus of their visuals knowing it will connect with that audience.

Taco Bell has had a pretty solid social media strategy in general and most of that is focused around Twitter. But they have put a lot of effort into Facebook as a landing page, even if their actual customer interaction and engagement is held elsewhere. For instance, they have created a video series that has different episodes you can watch on their Facebook page. They also release occasional mini videos that act as commercials and promote new products.

Facebook doesn’t have to be your primary social media platform to be effective. You can use a landing page just to promote your brand and leave the engagement to another platform, the way Taco Bell does with Twitter. In spite of being a secondary account, Taco Bell’s Facebook landing page has more than 10 million likes and 9 million followers.

Netflix has a wide array of custom programming that is becoming a staple of their service. Shows like Orange Is The New Black, Stranger Things and their list of Marvel vehicles has shot the company from streaming service to actual network. But only so much promotion can happen on their website.

Their landing page is a way to provide information on their shows, movies and other releases. They also have a tab that directs new users to the site to get a month of free service when they sign up.

Nutella wants to make you hungry. That is 100% their method of attracting people on their landing page. They post easy to recreate recipes that are simple enough for anyone to do, like stuffed French toast or cookies with Nutella.

For more resources on social media marketing, check out this selection of sites.

Do you know of a Facebook landing page that is especially effective? Do you think we could learn from it and turn a Facebook business page into something more? Let us know in the comments! 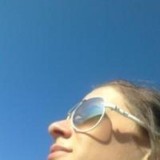 Kate Summers is a social media marketer who recently embarked on a freelancing career. Now she is trying to figure out being her own boss and loving it so far!