Every year, Google quietly releases hundreds of refinements to their search engine algorithms. Most of these updates are small, incremental changes that go largely unnoticed. The major upgrades, however, receive serious coverage by mainstream news outlets and bloggers alike due to the momentous impact that they have on the broader web at every level.

Though more than a year has passed since its inaugural rollout, the effects of the infamous Panda update of 2011 are still being felt today. Impacting nearly 12% of web search queries right out of the gate, it was responsible for traffic declines at websites both large and small in a matter of hours. To fully understand how the latest Google updates work and why they were necessary, some history is in order.

Why Google’s Panda Algorithm Was Released

Essentially, Panda was a direct response by Google to the weak content of spammers and fly-by-night marketers. For years, shifty SEO specialists exploited vulnerabilities in Google’s quality-assessment algorithms, which led to a proliferation of highly-optimized but ultimately weak web pages that still managed to dominate the top SERPs spots for many queries. Combating so-called content farms required a serious show of force.

To this end, Google employed thousands of human testers to manually rate sites based on their user experience, value and relevance. In addition, Panda’s under the hood innovations began to incorporate quite a bit of Latent Semantic Indexing or LSI to leverage the power of related keywords for greater search results quality.

For SEO Black Hats, the numerous zigs and zags of Panda have been frustrating to say the least. Panda 1.0 hit the web like a sledgehammer on February 23, 2011, going after websites featuring duplicate content and an overabundance of advertisements with little actual content in between them. Overnight, 12% of search queries saw an identifiable shakeup in their website rankings.

Another major refresh dropped on April 11, 2011, with Panda 2.0 affecting all queries in English around the globe. Panda 2.4 hit the Asian language searches in Chinese, Japanese, and Korean, which directly impacted 6-9% of all websites in those countries. Panda 2.5 to 3.1 made the fall of 2011 even more interesting for marketers thanks to the Flux series of upgrades. In March of 2012, Panda 3.4 debuted and managed to affect a fairly moderate 1.6% of queries.

The Hits Just Keep On Coming

Roughly a year after the first appearance of Panda, the so-called Penguin update went live. Launched on April 24, 2012, Penguin was basically another webspam update that built on Panda’s aggressive content farming countermeasures (although also increased the relevance and risk of negative SEO). Targeting over-optimization techniques such as high keyword density and excessive use of identical anchor text backlinks, it and April 2012’s Panda 3.6 continued to stymie the spammers.

The latest Panda update, version 3.7, went live on June 26, 2012. Working together in tandem, Panda and Penguin ensure that Google can keep spammers temporarily at bay while they formulate their next algorithm upgrade strategies.

Right away, Panda had a massive impact on tons of websites around the world. The incremental revisions that followed were especially rough on low-quality sites that leaned heavily on long tail keyword optimization. High-volume content factories that provided little value and thin content to the masses were forced to either adapt or die.

Penguin assisted Panda in its primary aim by focusing on sites that were overcompensating for Panda and its “garbage filter” that penalizes sub-par content. Though Penguin’s effects are more subtle, Panda’s impact continues to be felt by those looking for shortcuts to SEO success â€“ something that, in my opinion, only increases the fact that Penguin and Panda are great for the SEO industry as a whole.

Making Sense of It All

Keeping Google’s constant and ever-changing algorithm upgrades straight is no easy task even for the most capable SEO technicians and marketing gurus. A visual representation of Panda’s perturbations in timeline infographic form is helpful when trying to wrap one’s head around the rationale behind Google’s algorithm decisions. Due to the extreme nature of Panda, Google actually went out of their way to assist users in improving their websites to rank highly once the dust had settled.

Frightening reputation aside, Panda only reinforced the importance of putting out top notch content that delivers value.

Want to know more? Check out this visual breakdown of Penguin vs. Panda by Reload Media.

Questions about how Google Panda, Penguin, or other algorithm changes and how they affect your blog? Please share in the comments! 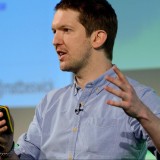 Matt Beswick is based in the UK and specialises in SEO consultancy. He also runs Pet365 – a UK based online supplier of pretty much anything pet related. Find him on Twitter - @mattbeswick or Google+.