The competition is getting fiercer out there. Everybody and your Uncle Tom who runs the deli down the street now think they can boost their popularity or their business by running a blog, pushing a newsletter and getting a followers. To stick out in this market place you can’t just work hard, you’ve got to work smart. You’ve got to utilize the right strategies to get noticed. And those strategies might not be what you think they are.

For example the first one might take you by surprise:

The cat pictures sure went viral, but that doesn’t mean all viral stuff needs to be like the cat pictures. It turns out that the average article that gets a lot of attention is much longer than you might have expected it to be. It comes in at about 2000 to 2500 words. Yes, all that talk about short little spans of attention might have been slightly overblown.

The trick, of course, is that it has to be engaging. You can’t just ramble on about your parquet flooring. From the first word you’ve got to catch your reader’s attention. Now there are a lot of ways that you can boost how interesting your article is, but the primary step is to use good content! You’ve got to put in the research and make certain that what you’ve got is interesting, informative and unexpected.

That’s where the second part of this heading comes in. When these dorks (hey, it’s alright when they call themselves that) did an analysis of what people were most likely to share at a popular website, the top four emotions were:

No anger, no sadness and no fear (Which came in at 6%, 1% and grouped in with ‘other’ respectively).

What that means is that you’ve got to be positive and you’ve got to inspire awe. So how do you do that? Well, Awe requires you shifting the audience’s perspective with information that makes them realize the world is different and far more interesting than they thought it was. This is something that people want to share, partially, because they want to show their friends how interesting the world is and partially, because people want to show off how interesting they are by sharing such content.

It’s obvious, really. And yet for many people images are an afterthought. It shouldn’t be. Using relative images gives you a 94% jump in views. If you’re going to create a website, you need to have somebody who’s good with images! This is something that people who create content often forget. I myself worked for a website where there wasn’t a dedicated image person – as a result we all ended up having to work on finding images. It was a nightmare! And I have no doubt that we would have done much better and have had far more interesting images to boost if we’d had somebody who really knew what they were doing. I’m not making that mistake again.

Images don’t just boost views either, they engage the audience. We’re visual creatures after all and though the words might keep us on the website, it’s the images that pull us there in the first place. Just having an image boosts shares on Facebook by 300%. And that’s not so strange, as it’s the first thing people see on most social websites.

Yes they’re getting a little overdone nowadays, but that’s because they work. People like lists and infographics. They’re bite sized and easy to digest, you know what you’re getting into and it somehow seems to activate parts of the brain that makes us think ‘ooh, I wonder what those ten items could be.’

In the past the right length for a listicle was 10 items. That might have changed now, though. After all, we get bored with what we know rather quickly. In truth, it is probably better to just focus on how many items you’ve got rather than how many items you need. Otherwise you might end up trying to fit an ugly stepsister into a shoe that’s far too small for her!

Raise the trustworthiness to raise how much attention it gets

People are getting more conscious of the fact that some of the stuff out there on the internet isn’t all that trustworthy and, particularly on more professional sites like linkedin and Google+, now expect at least a modicum of apparent trustworthiness.

Things like, the design of your site can help a great deal with raising its apparent trustworthiness, for just like you’re not going to buy your stereo system in a shop where the window is broken and the paint is fading, people aren’t going to buy their opinions in websites that look like they were designed by their 7-year old cousin.

Barring a site overhaul which might cost a lot of money, simply adding a byline at the beginning of an article and a bio at the end can make a world of difference.

Connect with Movers and Shakers as well as the audience

Some people are just better connected than others. (Okay, ‘just’ might be selling them a little short. Most of these people worked very hard to get as connected as they are). You can either be jealous of them or try to use them. If you’re trying to bring more traffic to your website, may I suggest the last one?

The best way to use them is to start conversations with them and quote them in the texts you’re using. Even better than to just simply quote them, however, is to ask them if you can quote them and use them in your articles. Yes, it’s true they might say ‘no’ but in that case you’ve only lost a quote. If they say yes you’ve connected with them and there’s a good chance they’ll give you a mention somewhere along the way, in part because people like to be mentioned in articles, in part because counterintuitive as it may seem when people do you favors they like you more.

Also, don’t go for the people at the top of the food chain! These people are inundated with requests to be people’s friends and connections. Instead, aim at somebody’s who is newer to the status game; somebody who has recently made a splash and is still getting used to their new found fame. These people will still be very excited by their new status, which makes it far more likely that your desire to link to them will flatter them and generate a positive response.

Relink to your old stuff! Otherwise all the effort you went into creating it will fade away within about a week of you creating it. You don’t want to overdo this, as then people who’ve already seen it will believe you’re not creating any new content. It is important that you do not give this impression and for that reason you’ve got to keep posting regularly, but don’t underestimate the power of reposting. Quite often only a small percentage of our followers saw the post the first time out and a second go around raises that percentage. What’s more, what we want to read is frequently mood dependent and if you catch people on two different days there’s a much higher chance they’ll click through the second time.

The advice seems to be to repost successful posts within the first week (and then possibly again a month later), while you let less successful posts die a quiet death. Of course, if you really like a post and think it should have gotten more attention that first time around, go ahead and try again. There is always space for experimentation on the internet.

In fact, the whole key to getting more traffic is to tweak, try and modify. Occasionally look at posting things at different times and on different days. Try different title structures (unusual titles work well) and see what kinds of pictures work best. As long as your content is of high quality, this shouldn’t negatively impact your ratings.

When you are trying new things, such as longer articles or reposting, remember that the internet has a lot of noise, which you might misinterpret as a signal that something is or isn’t working if you’re not careful. So don’t immediately give up on something when you’re trying it. Otherwise you might give up on a viable strategy because somebody got preoccupied with cats, or something. It has, after all, happened before. 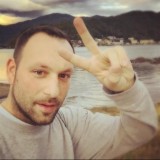 Ethan Dunwill is entrepreneur and contributing blogger for several websites from Hong Kong. Also he provides business consultations and master classes. You can connect with Ethan via Google+ or his blog.