Although Danny Iny is the prolific “Freddy Kreuger” of blogging, in my interview with him for SpikingStrengths.com, he revealed he didn’t consider himself a “blogger.”

It’s surprising. He’s known for his Firepole Marketing blog which has attracted tens of thousands of loyal readers. Because of all the guest posts that he’s written, he became known as the “Freddy Kreuger” of blogging. In fact, one of his stand-out courses is on how to guest blog successfully. His ebook — “Engagement from Scratch” — shares insights from many leading bloggs that know and respect him for the community he has built through his blog.

Yet, when he describes how he sees himself — it isn’t as a blogger, but something different.

I reveal what exactly that is later in the article.

This insight is especially valuable for those of you who also don’t really see themselves as bloggers, yet still desire to create a successful business based on a blog.

As part of my “Super Powers: Origin Series”, I look at the Super Powers or strengths and reveal how they are used to build and run successful businesses. In Danny’s case, here are his:

Note: Danny, as you can tell through the interview, actively uses the notion of “strengths” for himself as well as for his growing staff. That portion of the interview is especially valuable if you plan to grow your enterprise beyond just yourself.

1: Write in a way that Uses Your Strengths

In the interview, Danny made an interesting observation: that he often found himself preferring to write emails going to his subscribers versus writing on his blog.

As he admits, they are basically the same thing. They both involved writing on the same topic. He’s clearly comfortable doing both.

Nevertheless, one gave him more energy and came more easily than the other. Why?

His Strengths or “Super Powers” tell the story.

For him, his Individuator and Relator strengths played more naturally to emails. As an individuator, he wants to tailor what he does and says to the individual. And as a relator, building relationships and connecting comes more naturally.

For him, even though the writing is the same, he views emails as using those strengths. An email feels like it is being written to an individual (even though it’s not); and he’s relating directly to them (even though it’s still a mass message).

But the important take away is, when he looked at blogging, those strengths weren’t as fully engaged as when writing emails, even though the activities involved are the same.

The same could be for you: are there aspects of building your blog that you know you need to do (writing, connecting to others), that you’re not doing as much of? Perhaps you need to reframe the activity to align more with your innate Super Powers.

But, if he wasn’t crazy about blogging, how did he launch his blog in the first place? See below, #2:

2: Use Your Super Powers to Manage Your Kryptonite

There will always be parts of starting up a blog or business you don’t feel pumped-up to do.

The key to getting them done anyway?

Tap into the right combination of strengths to do what you may not naturally be inclined to do. While Superman was totally powerless against Kryptonite, you may be able to use your Super Powers in ways that help you do what might be otherwise difficult.

By his own admission, writing a blog isn’t something Danny is actually naturally inclined to do. Now that his blog already has traffic, subscribers, and is on a growth tractory, he says in the interview he doesn’t do it as much (but he still writes and sends emails to his subscribers).

But in the beginning, he did blog like crazy with guest posts. Guess how he did this? He used his strengths, but in ways that helped him do so.

First, as an Individuator, he understands the specific needs of the blogger he’s guest posting for. Whereas for him, blogging on his website loses the individuality than he has in email, guest posting was different. He can feel the strength of Individuator while thinking and writing each guest post.

In fact, Danny teaches people about how to individualize the guest blog for the very blog they are writing for — that’s how much this Super Power courses through his blood.

Second, as a Relator, guest posting started out as building natural relationships first. It wasn’t so much about blogging. So, again, it came naturally to him. If you study the broader context of his business, he’s a Relator. He’s found a way to use that natural way of making people at ease to align with building a business using a blog.

Third, as Strategic, he probably saw the impact of building his blog in this way. He didn’t express this specific point. I inferred it based on knowing this to be his strength and studying his past guest blogs and interviews.

So what can you do?

Write down the top three activities that appear to be “blocking” you from taking action. Can you reframe them in ways that use your Strengths?

3: Define yourself in a way that aligns as many strengths as possible

You’ll notice a point in my conversation with Danny where he corrects me. I say that he has a consulting business, and he says that he actually doesn’t.

He sees himself as a “Teacher.”

Not as a consultant. Not as a blogger. A teacher.

The way he defines teacher relies on many of his strengths. This definition, in fact, gives shape to his vision and mission, as well as his tangible unique value proposition to customers.

For him, teaching means having a relationship with someone, a way to make someone feel incredibly comfortable with him.

And he does. If someone wants that level of relatability in a marketing coach, Danny has it. I felt incredibly comfortable with Danny right away, even though we had mounds of technical issues leading right up to the interview (so much so, my own video portion got cut out from my recording!)

But teachers, for him, do more than just relate: in his definition, they find the good and make it better. That’s what a Maximizer does. And that’s what businesses seeking to improve their marketing get from him.

Good teachers also know how to see the individual needs of any given person and speak to those needs. This taps into his Individuator strength.

Many ways to your passions

Danny said that he could have taken multiple directions in addition to the one which led him down this path to Firepole Marketing.

Whatever choices he made, however, he kept his strengths front and center. He heard from others than he was a natural Relator, so that created certain opportunities. He saw that he enjoyed helping people Maximize their business (not fix problems, but to find the good and make it better). He liked reading books which tapped into his Strategic strength, and, as it turns, out, that is something his clients sought from him.

As I study and talk with different bloggers, I see that while the end products and core activities (an online blog and writing posts) are the same, the critical element is how their unique strengths are used.

So what can you do right now with your own Super Powers to help you write more for your blog to make it a means to build your business?

Align your specific strengths to explain three things: Why are you doing it (Danny is a Teacher); How you will do it (Danny builds relationships that help people go from good to great); and What customers get from you (Danny provides strategic advice individualized to their needs to maximize results).

I’d love to hear about your own unqiue combinations of Super Powers that you use to describe these three areas for you! 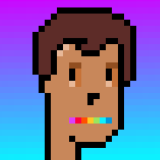 TT Fong uses his strengths to help people discover and apply their "Super Powers" to do remarkable things with greater ease and less strain at SpikingStrengths.com. He uncovers how successful people build businesses, careers, and teams by spending time in their "spikes" -- check out the cinematic trailer of the interview series.