With so many new blogging platforms and social networks coming out all the time, it’s easy to get overwhelmed. But don’t overlook what’s already out there. Tumblr has been going strong since 2007 and is still one of the most popular social networks, with over 23 million active users in the USA and over a billion posts on the platform each month.

If you’re not sure exactly what Tumblr is or if you should be using it, we’ve written this beginner’s guide to help you out. Contrary to online rumors, Tumblr is not dead and still hosts an active community of dedicated users.

There’s no character limit for Tumblr posts, but the platform is designed specifically for short-form content and a lot of the posts are visual.

Tumblr popularized the “masonry” style layout that’s now a popular design choice for blog archive pages and is also used on Pinterest. This type of layout means you can scroll through a lot of content quickly and click on the posts that catch your eye for a closer look.

You can view individual users’ Tumblr feeds or your can browse all the content posted by accounts you follow in your dashboard feed. You can also search keywords and tags to find content that interests you.

Is Tumblr a blogging platform or a social network?

Tumblr quickly grew in popularity, not just as a blogging platform, but also as a way to communicate and socialize with other users.

As it’s pretty effective at spanning the worlds of blogging and social media, Tumblr is somewhat unique and rather difficult to explain clearly unless you’ve used it yourself.

While some people just don’t “get” Tumblr, others will feel instantly at home using it and make it the social network of their choice.

For bloggers who want to build on a platform that makes it easy to quickly build a following, Tumblr offers the best of both worlds. It’s also a great option for those posting mostly creative, visual content and curated content.

Tumblr has both a web interface and a mobile app. You can choose which one you use to post content and browse or use a mixture of both.

Tumblr is also popular for curating content. This means posting content created by other people. In fact, Tumblr was a sort of precursor to Pinterest with lots of users using it as a way to save and republish interesting content from across the web.

While you can set up a private Tumblr account for your own use only, you’ll get the most out of it if you use its community features. As well as “liking” posts and leaving a “note” (comment), Tumblr has a messaging function that allows you communicate with other users privately.

Tumblr also has an “Ask” feature that enables users to answer questions Q&A style and publish them to their blog if they wish.

Of course, like any other social network, you can follow other users and they can follow you. While there were no official groups as such until recently, users could create their own groups of related content using tags. At the end of 2019, Tumblr introduced group chat functionality, enabling users to chat with other people who share their interests.

Getting started with Tumblr: A step-by-step guide

Signing up for a Tumblr account is super easy; all you need is an email address. Head to tumblr.com and hit the sign up button.

Click the blue “get started” button and you’ll be presented with a short form to fill in your email, password, and username. If you’re not sure what to pick for a username, Tumblr will offer some suggestions for you.

You’ll then have to enter your age, confirm you agree to the Tumblr terms of service, and complete a reCAPTCHA to prove you’re not a bot.

Tumblr will then build your initial feed by asking you to choose topics you’re interested in. You can skip this step if you wish.

You’ll then be taken to your dashboard. This is the home of your Tumblr account and shows a feed of posts from users you follow.

You can like the posts on your feed by clicking the heart icon, send a message to the blogger, or reblog them to your own Tumblr blog without leaving the dashboard. You can also click the X icon to delete posts you don’t want on your feed. If you like the content, you can choose to follow the user by clicking the blue “Follow” link next to their username.

You’ll also be given a list of recommended blogs in your sidebar and the Tumblr Radar, which is used to showcase popular posts

The dashboard also contains a tool for posting your own blogs. You can post text, images, video, audio, or a combination.

Most of these are pretty self-explanatory and the Tumblr dashboard will invite you to either upload content or add it from the web.

You can format your text and add links, just as you can in any blogging platform. You can also insert GIFs, images, and videos by clicking the + icon to the left of where you type your post.

Don’t forget to add #tags so others can find your content.

When you’ve finished your post, you can either post it publicly right away, publish it privately, or add it to a queue or schedule it to post later. Scheduling allows you to post at a specific date and time, while adding them to the queue will drip-feed them at a set interval.

You can queue up to 50 posts a day and this is a useful feature to post a lot of content in bulk without spamming your followers.

Along the top of your Tumblr dashboard are icons, which will take you to other parts of the site.

The compass icon will take you to “Explore”, which shows you a selection of trending content and staff picks. This can be a good way to discover new blogs. You can also type keywords directly in the search box to find content on topics you’re interested in. You can filter content by type to display only videos or only quotes, for example.

The other icons in the navigation will take you to:

You can change the colors and look of your blog by clicking on your icon on the dashboard and hitting the “Edit appearance button”. From here you can easily change colors, the title of your blog, your header image, and your user icon.

You can also make more changes to how your blog looks by editing the html. You can do this by clicking the “Edit theme” button in your account settings.

There’s also a library of pre-designed themes you can choose from. Some of these are free, and premium themes are priced from $9 to $49.

As well as changing the visual appearance of your Tumblr blog, you can add static pages such as an “about” page. You can do this in the customization options and many themes come with pages already set up.

What can you do with Tumblr?

Anyone can set up an account on Tumblr and start blogging right away. All accounts are free.

After that, it’s up to you exactly what you do with your Tumblr. You can use it to post any type of content, as frequently or infrequently as you wish.

You can keep your Tumblr blog private and use it as an alternative to Pinterest, to save ideas and inspiration. Or, you can opt to share your blog with the world and use to connect with other people who share your interests, reach an audience for your creative work, or market your brand.

Here are just some ideas of what you can do with Tumblr:

Most Tumblr users fall into the 18-24 age bracket, and around a third of its traffic is from the US.

Tumblr has more of an indie, “underground” feel than most other social networks, and is the home of many subcultures that feel underrepresented or repressed in the real world.

Rather than considering Tumblr users as one generic user base, it’s better to think of the platform as a collection of different niche communities and markets.

Some of the people you might come across on Tumblr include:

Creativity is a common theme here, and Tumblr has much more of an unpolished and casual feel than other social networks. It lacks the gloss and glitz of Instagram (have you ever heard of a Tumblr influencer?) but makes up for it with a healthy dose of quirkiness and authenticity.

There are also several celebrities who maintain an active presence on Tumblr, including Zooey Deschanel, Taylor Swift, and Britney Spears.

Tumblr is not just a home for microbloggers and creatives. There are plenty of brands on there too. However the brands that have seen success have taken care to use the platform for posting creative content and building brand awareness, rather than direct promotion.

The key is posting visually engaging content, as well as interacting with the community and reblogging content that’s relevant to your brand. Tumblr users will easily spot content that’s created purely for marketing purposes and you’re unlikely to attract a following unless you focus on publishing content that your audience wants to see.

Tumblr also offers specific features for business, including sponsored posts and videos that will show up in users dashboards even if they’re not following your account (you can target these by age, gender, and interests just as you can on other social networks), and an analytics tool to see how your content and ad campaigns are performing.

While Tumblr is not quite as popular as it was in its heyday, there are still millions of people using the platform every day.

After the platform banned NSFW content in 2018, traffic to the Tumblr website dropped dramatically. But this also signals a new, more advertiser-friendly phase for the platform and the opportunity for appealing to whole new generation of users.

Could Tumblr be more popular than TikTok by the end of the year? Only time will tell.

What does the future hold in store for Tumblr?

Tumblr has had its ups and downs but there’s no sign that it’s dying out any time soon. The platform entered a new phase when the company was bought out by Automattic in 2019 and we’re expecting to see some big changes over the next year.

If that name sounds familiar to you, it’s because Automattic also operates the popular blogging platform WordPress.com. The company has hinted that they may experiment with paid memberships in the future, as well as other features like ecommerce functionality.

While Tumblr, does have ads, so far it’s not gone down the same route of focusing on marketing like other platforms such as Facebook. Under the new ownership this may well change, so Tumblr is definitely a platform for brands to keep their eye on.

Not sure if Tumblr is the right platform for you? It might be worth exploring some alternatives. 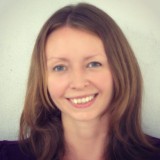 Rachel is a former web developer and freelance writer specializing in WordPress and digital marketing.